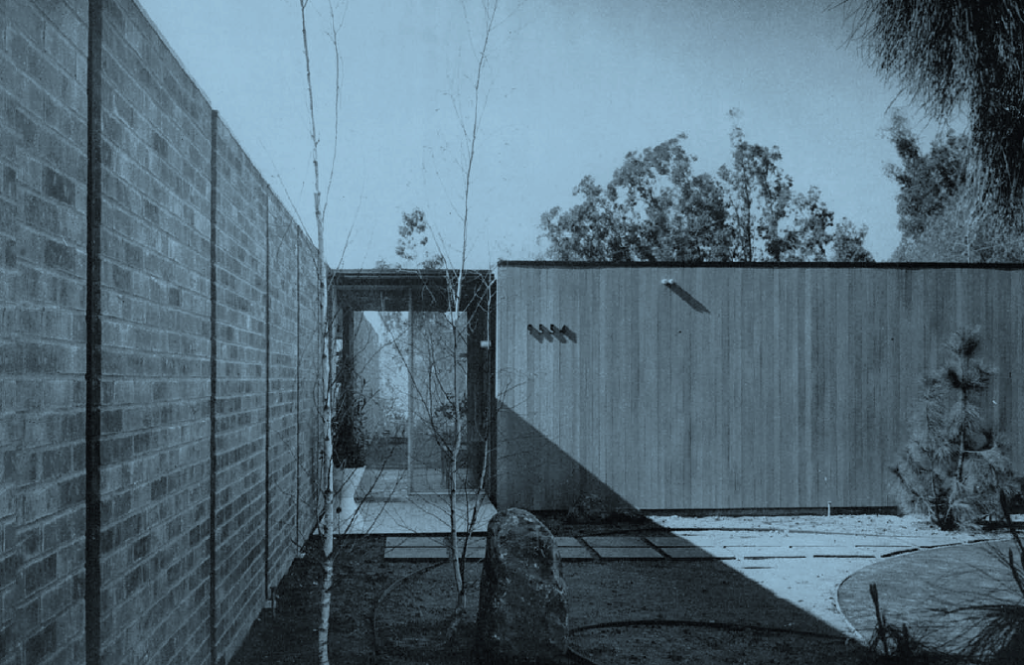 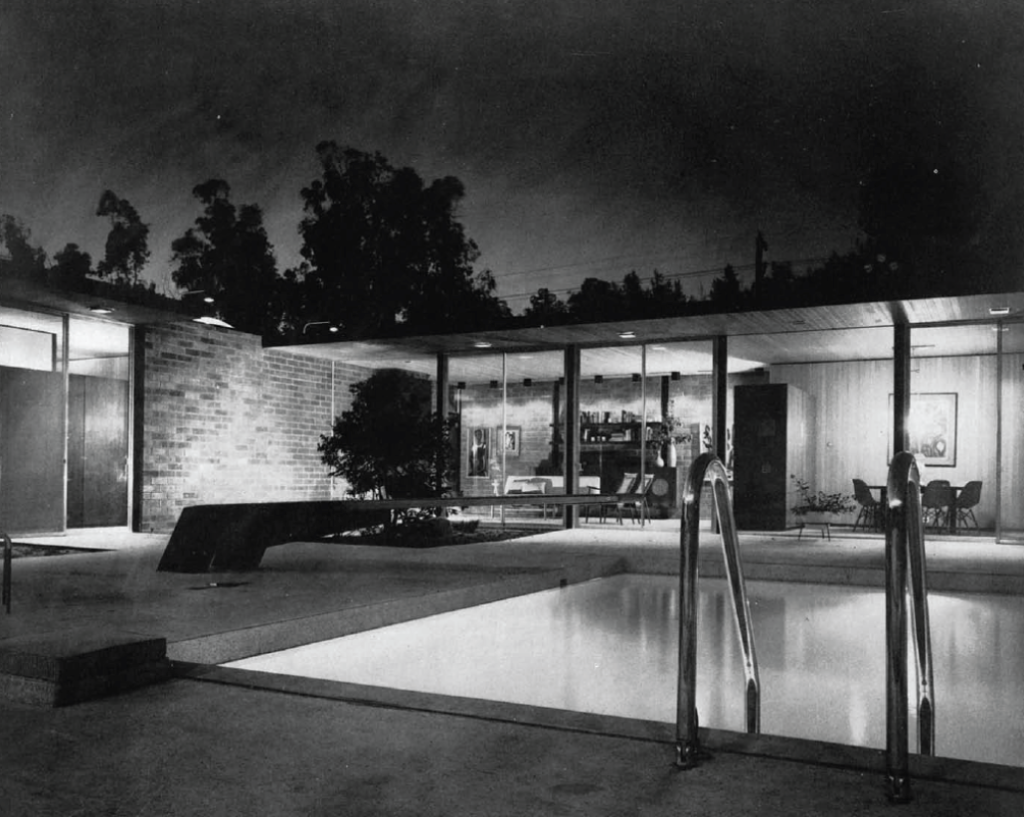 Perhaps the most incredible designer-makeover of all is the rehab of a house designed by Los Angeles architect Craig Ellwood. It was built as Case Study House No. 17 in 1956. Although the original client “had some doubtful moments about the house, and the manner in which it was to be furnished, such as the glass and steel and the hard beds and coconut chairs,” a later owner had no such doubts. John Woolf and his adopted son Robert Koch Woolf knew they didn’t like the finishes of the house they had purchased and proceeded to rip them out. They remodeled the house in 1962 by opening up the center and by adding Doric columns over the steel uprights, “In order to give this beautifully made contemporaneous building a patina of age.” Was the result successful? House Beautiful had no reservations about the remodel job. “In the enchanted hour of dusk, one might be reliving the past in a columned villa of Basae or among the temples of Paestum.” 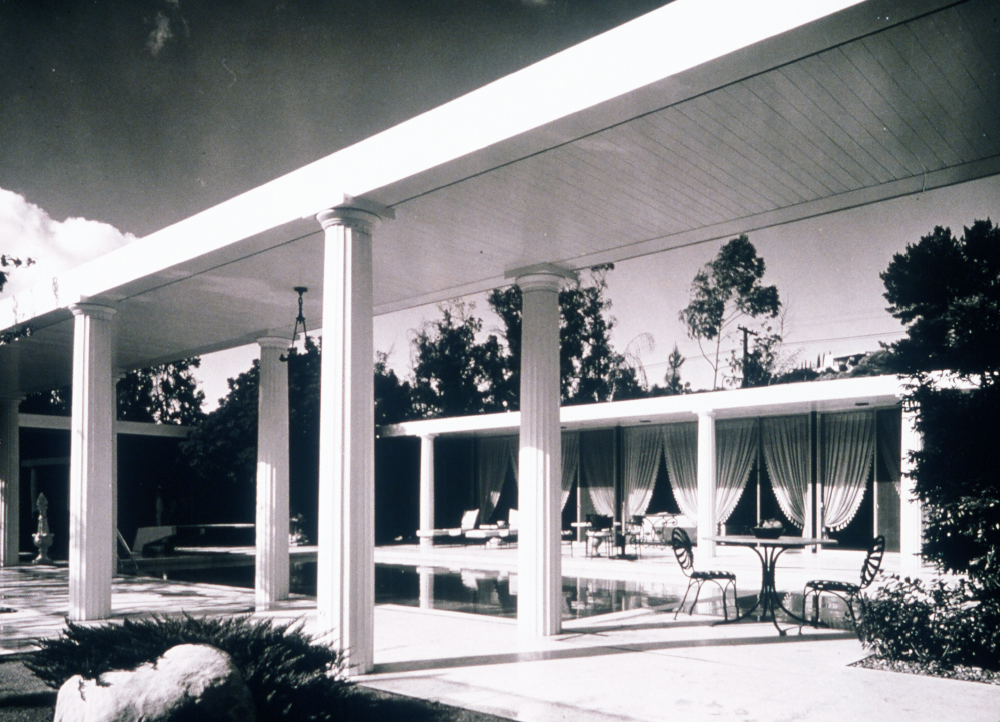 What is so astonishing about the remodel is the attitude expressed in it that anything can be transformed into anything else. To attempt the transformation of the Case Study House No. 17 into a Greek temple with a Hollywood Regency street façade requires the most profound disregard of traditional notions of architectural integrity. The Woolf remodel was, however, quite successful at bringing out the simplified classicism latent in the modern vocabulary of the original design. The “before” and “after“ versions of the interior courtyard differ more in the style of their rooms than they do in their content.